Cars And Coffee At The OBI – Babylon’s Secret Car Show 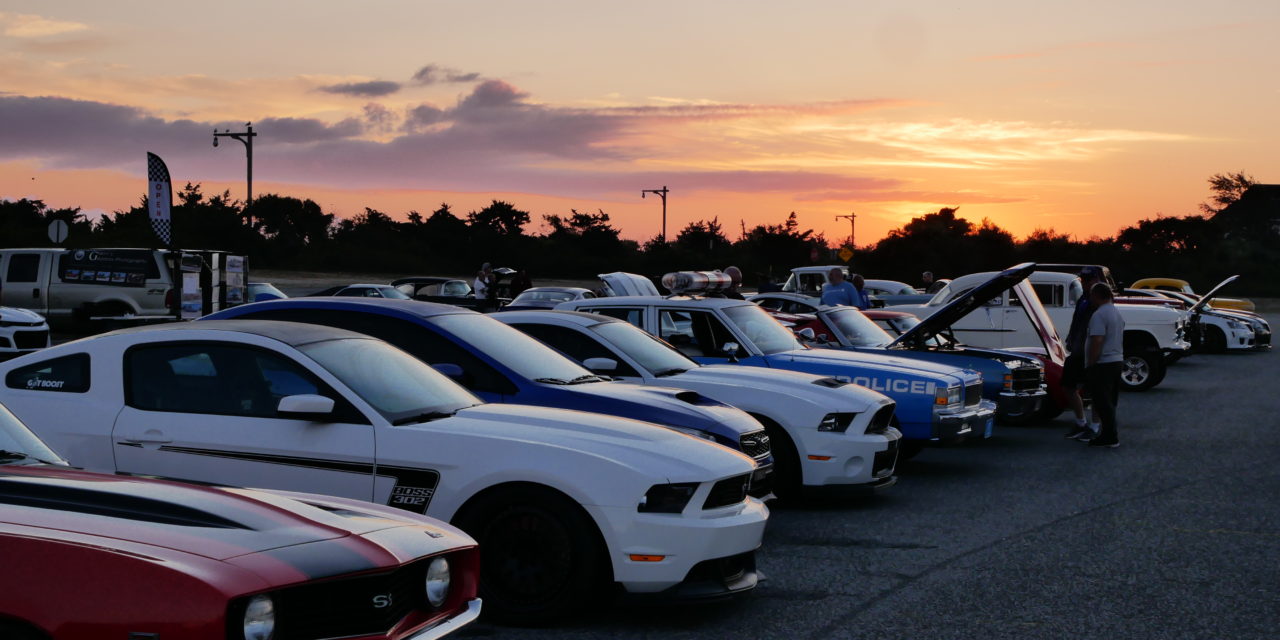 On the spot where Robert Matherson’s fabled OBI used to stand, there’s a small park where you can look at out water and enjoy the majesty of Long Island’s south shore. Attached to that park is a decent sized parking lot. A lot with, and this is key, no entry fee. There’s not a lot to do there, so I expect the lot is mostly empty most of the time. But on Sunday mornings, if the weather cooperates, it’s time for Cars and Coffee At The OBI. 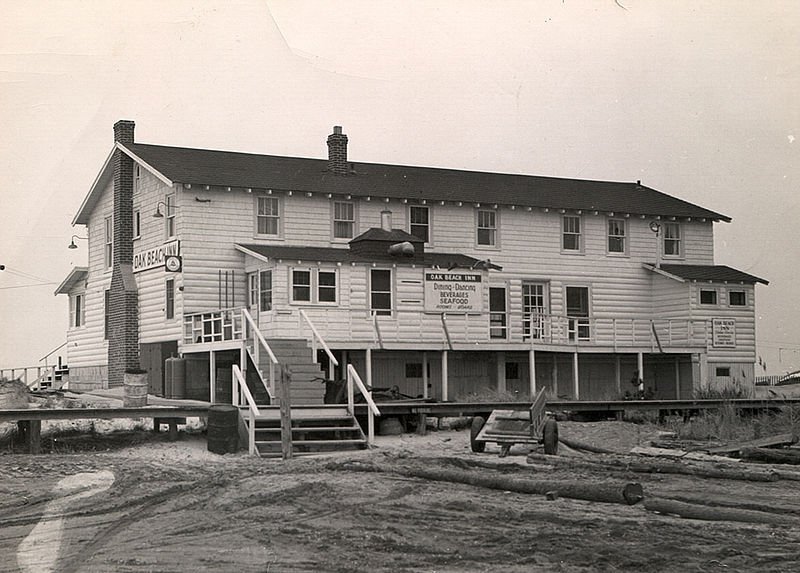 I’d been reading about Cars and Coffee at the OBI for a while in various Facebook groups. It’s technically in Babylon, so I’ve been intending to go for a while when I have a Sunday off. The only rub is that you need to be an early bird. People start arriving before sun up and the lot is pretty full by 7AM. More than once I’ve intended to go and then hit snooze and went back to sleep. 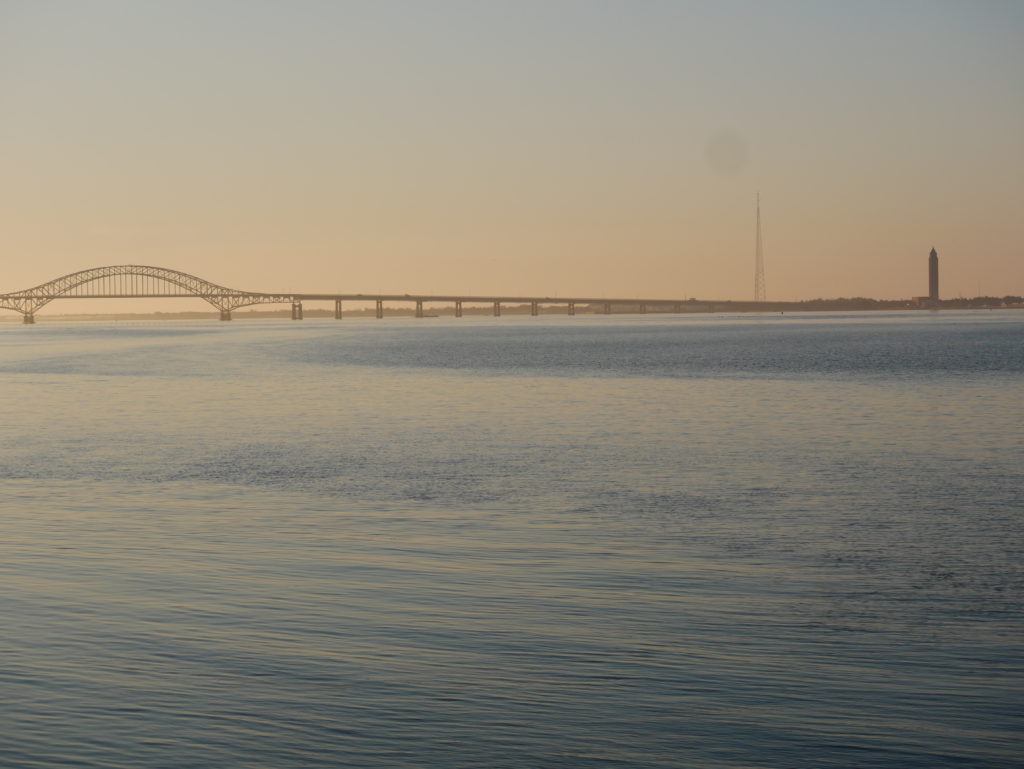 This Sunday I managed to get out of bed and I arrived there a little after 6, just as the sun was starting to peek through the trees. The lot was less than ten percent full. I parked my bone stock WRX off to the side and wandered around. I took some early photos and kicked myself for not bringing a chair as the regulars were getting themselves all set up. 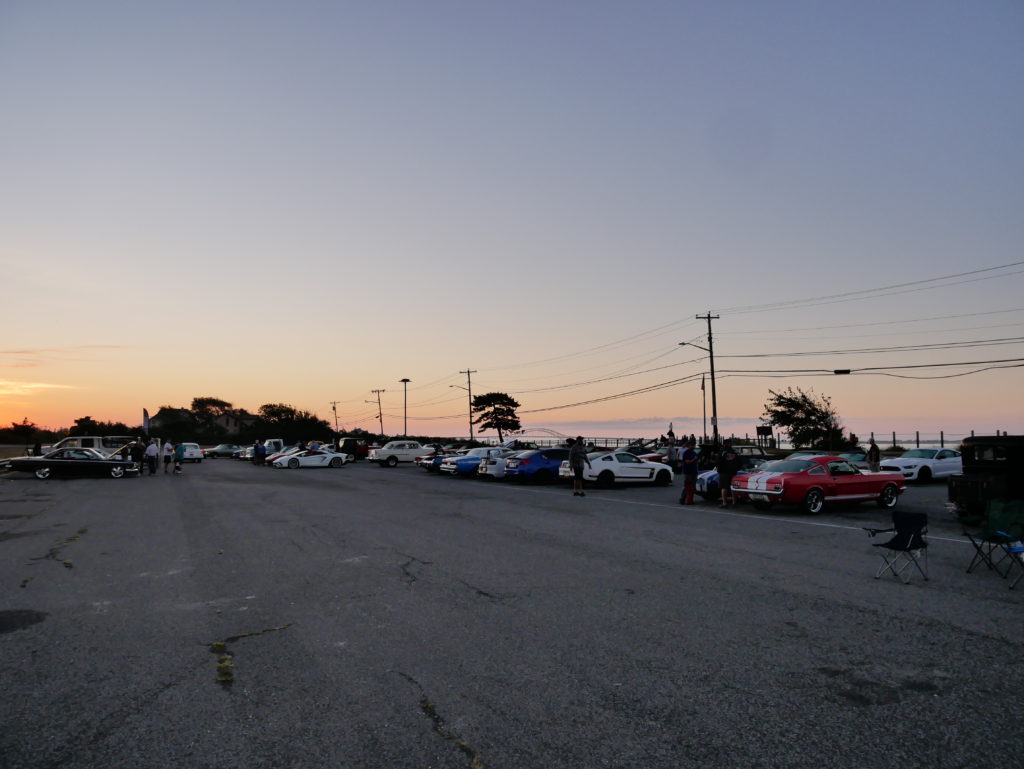 By 7AM, the lot was pretty full and the mix of cars was quite impressive. There were some exotic cars, a few McLarens and Lamborhinis, one Ferrari and even a second gen Ford GT.. And of course there was a lot 50’s, 60’s and 70’s American muscle and a good number of Corvettes. I’m pretty sure every iteration from C1 through C8 was represented. 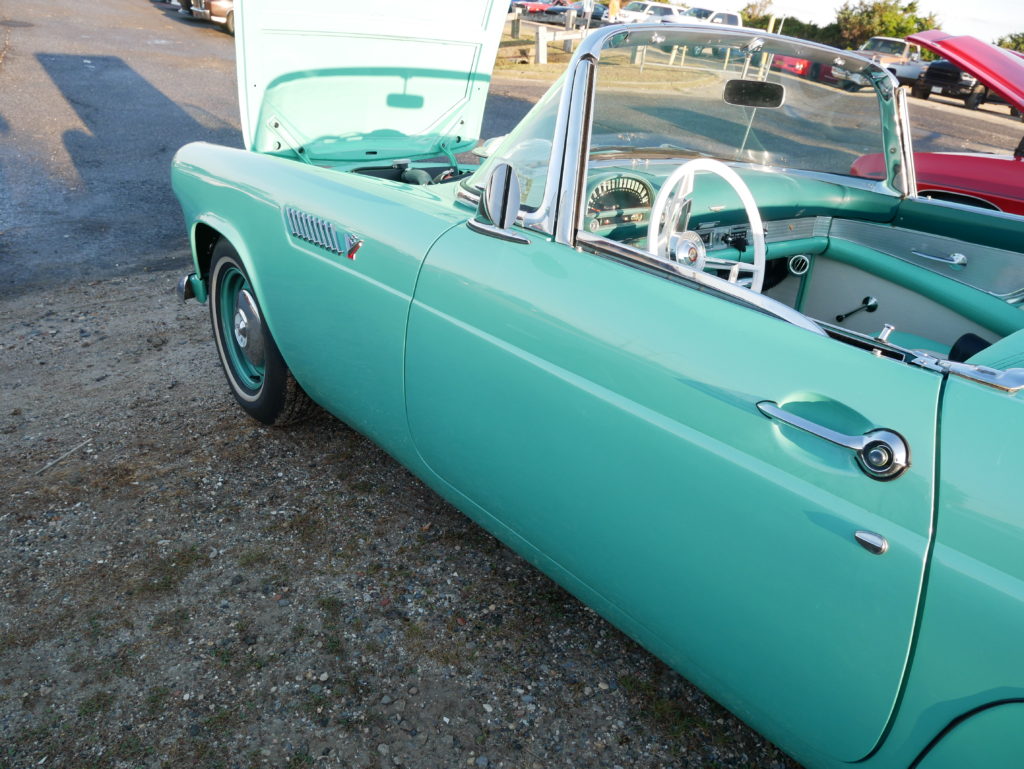 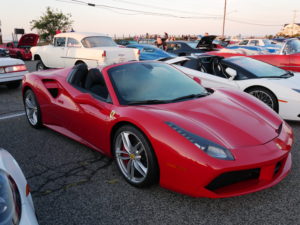 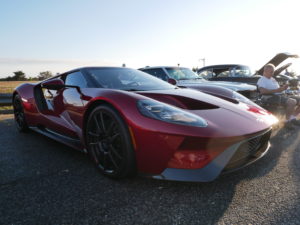 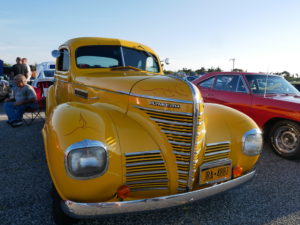 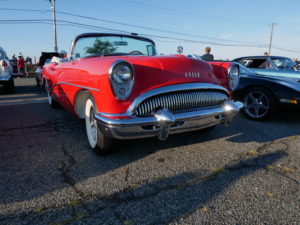 I saw a Lucid Air for the first time. Those cars are so new and rare I thought it odd until I saw that everyone clustered around the car was weird Lucid golf shirts. I’ve seen a few videos about this car and the specs are impressive, but it’s pretty boring in person. 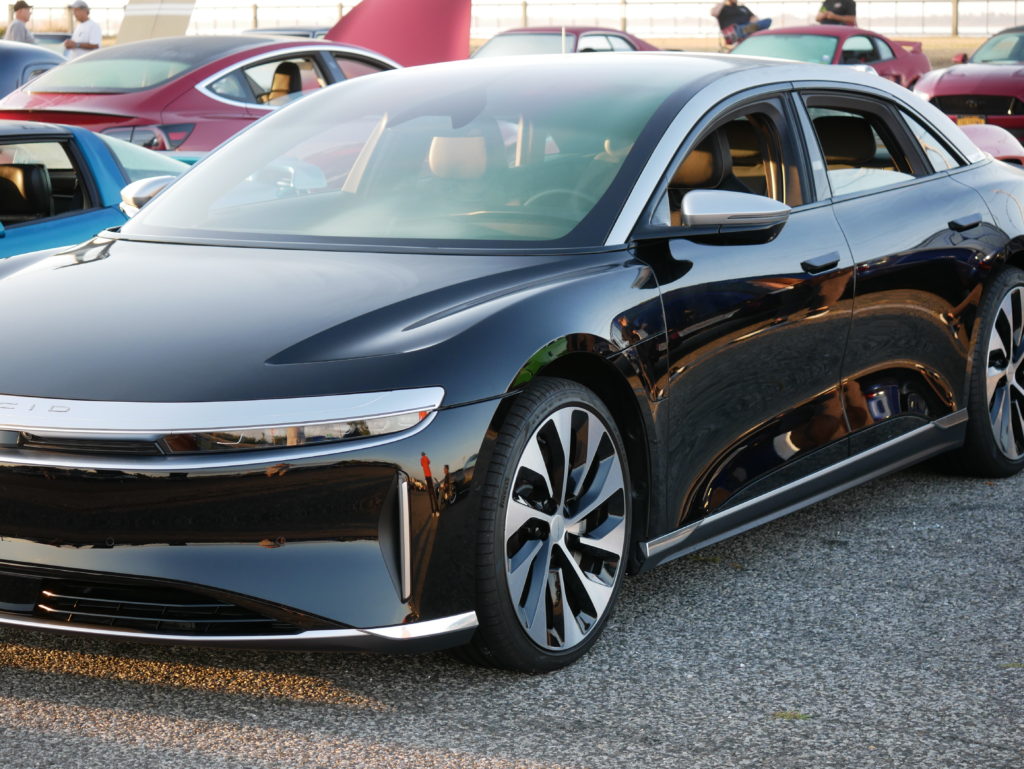 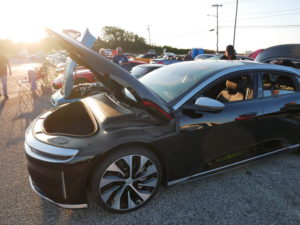 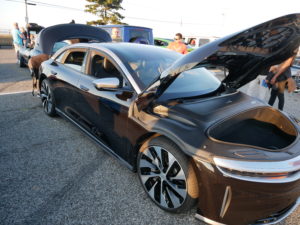 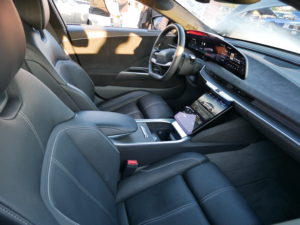 But there was also a lot interesting and random cars. Someone brought a Bricklin, a car I’d never seen in person. There were some unique, modified cars, including one brave gentlemen who put a dual carb V8 in an MG.

But the car nearest and dearest to my heart was this early 80’s Mazda RX-7. My first sports car was a 1985 RX-7 GSL-SE with a 13b rotary engine. I bought the car in 1989 off a used car lot on Rte 112. I drove by, saw the car and had to have it. It was the kind of dumb decision a young man makes and soon regrets, but his older version remembers fondly. 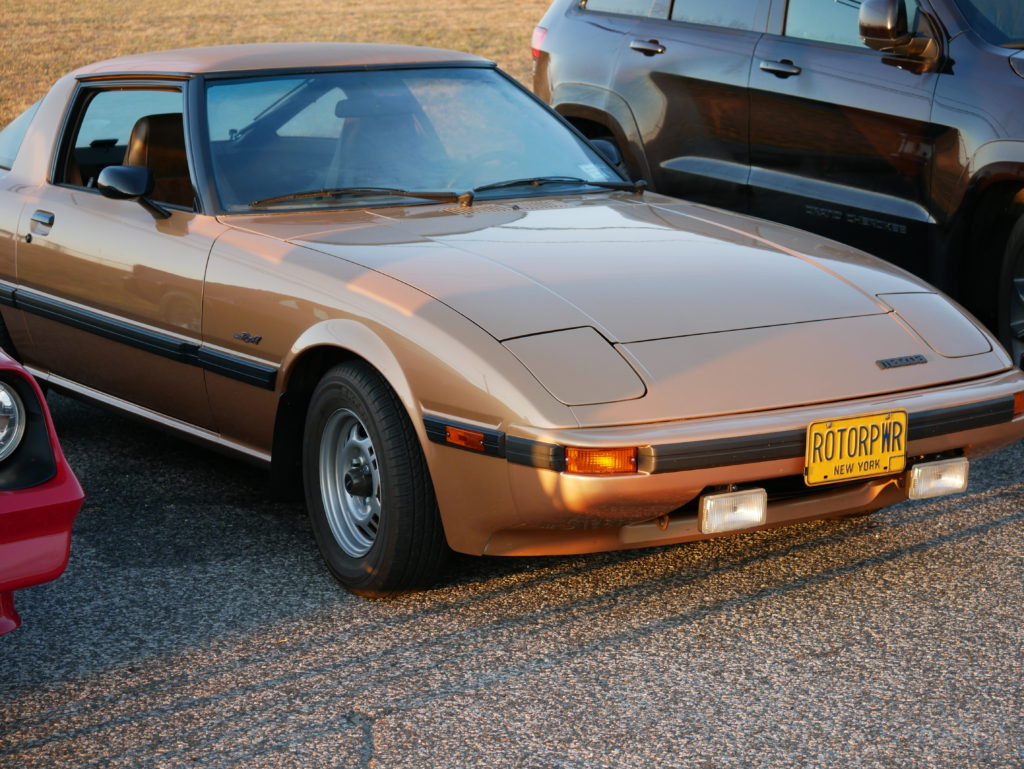 How Do I Get To Cars And Coffee At The OBI

Take Robert Moses Causway south to Ocean Parkway and head west for about a mile and a half until you get to the turnaround. Make a u-turn there and go about a quarter mile Oak Beach Park on your right.

When Should I Get To Cars and Coffee At The OBI

A lot of the diehards seems to show up before the sun rises, even though the park is supposed to closed when it’s dark. While I’ve only been once, I would say that if you’re not there within an hour of sunrise, you’ll probably have problems finding a spot to park. 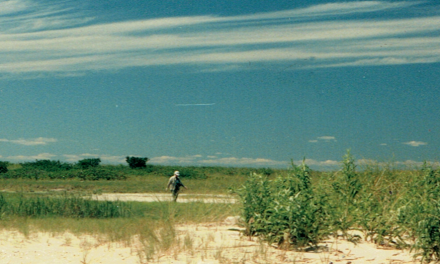