Tonight, Tuesday Jan 11, 2021 at 7:00 pm, the Babylon Village board will take up the issue of the George Street Dog Park as well as other matters.

As documented in several local sources including Newsday and The Babylon Beacon, Village officials have fielded an increasing number of complaints from some residents of Whalers Cove Condominium Complex about the George Street Dog Park. 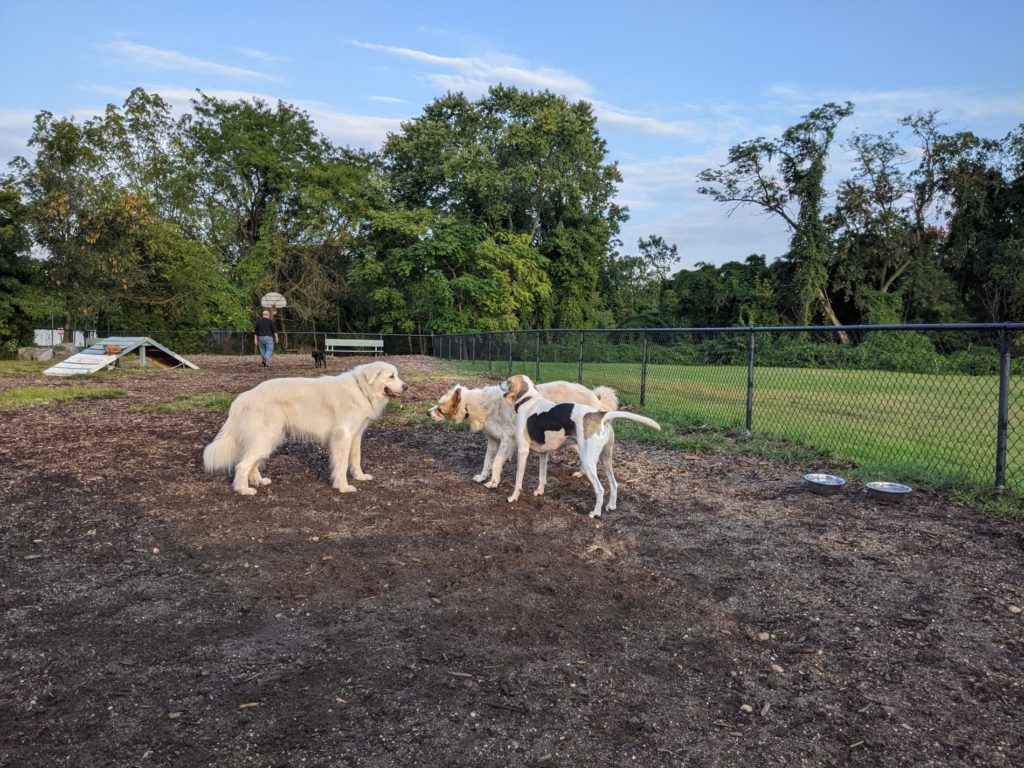 After some initial complaints, Village workers placed a padlock on the gate, opening it at around 8 in the morning and locking it up at dark. Despite this action, complaints continued.

At the last Village board meeting, a small contingent from the complex showed up to demand action. The Village proposed building a wall between the park and the complex, but the representatives from Whalers Cove rejected that solution.

Some of the Whalers Cove residents have made strong allegations, complaining that a few dogs occasionally barking in the dog park has decreased their property values and ruined their quality of life. Others complained of other serious issues like dogs sniffing their crotch on their way home from work.

Additionally, the board will take up two proposed changes to existing Babylon Village codes.

A change to 210-7 C regarding landscapers would require all landscaping waste to be carried out by the landscaper. They would no longer be able to bag waste and leave it for pickup by Babylon Village Sanitation.
commercial-vehicle-law-343-33-a

A change to
section 343-22 A(2) regarding commercial vehicles would prohibit parking any house coach, trailer, semitrailer, tractor, truck or commercial vehicle on any highway, street or private road in Babylon Village for any period of time during the hours of 6:00 p.m. and 6:00 a.m