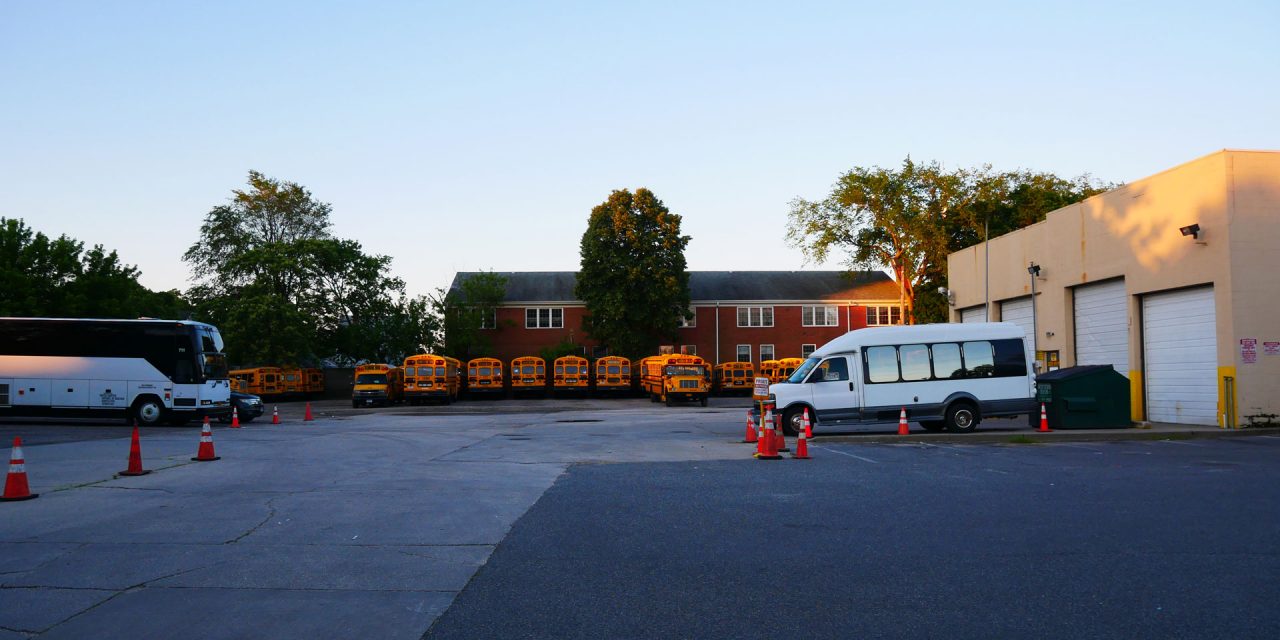 Thanks to a recent article in Newsday about the proposed Babylon Courtyard Hotel project, there has been a lot of discussion and questions about the project. A lot of the information is scattered around the web and hidden behind paywalls, so I’ve decided to collect as much of it here as I can in a sort of Q&A format.

If anyone has any more information, corrections or comments, feel free to leave them in the comments below or e-mail me at [email protected]

What is the Babylon Courtyard?

A developer has proposed building a mixed retail, hotel and apartment complex on the site of the bus repair facility.

Babylon Village residents received a postcard announcing the project back in October of 2018 and there was a preliminary meeting and presentation at The Piermont on October 24th.

What exactly is being built?

Current plans for the project include:

The plans also reportedly call for a 12,000-square-foot courtyard with access to Deer Park Avenue that will be a public plaza with seating areas and an amphitheater.

Renders which were posted on the project’s website showed a very modern design which some have said doesn’t fit with the character of Babylon Village. As of this writing, all information has been removed from that site.

Who is building it?

Geroge Tsunis made his fortune in the hospitality industry and is an owner of Chartwell Hospitality which manages numerous franchise hotel properties.

Tsunis was a major contributor to the Obama campaign and was nominated to be ambassador to Norway. Senate Republicans refused to confirm him because they felt he was not qualified for the post. Apparently they used to be concerned about such things. His appointment was eventually withdrawn.

He is currently Chairman of the Board of Nassau University Medical Center.

Several people have pointed out that one of the partners in the deal, Roberto Nicolia, has pled guilty to income tax evasion. He has reportedly repaid the Internal Revenue Service $1.8 million and is scheduled to be sentenced in November.

Nicolia is is the top official of the Nicolia companies, with his four other brothers operating many of the related companies. His construction-supply business provides ready-mix concrete, masonry, paving stones, and other building materials.

Ross Cassata is another partner in the project. Cassata is a real estate developer who famously purchased the Oak Beach Inn from Robert Matherson and proposed to build a 114 condo on the site. He eventually sold the property to Babylon Town.

Representing the partners is Joseph Buzzell

Where is it being built?

It’s not clear if both of the buildings on either side of the repair shop which now house Coldstone on one side and Cell Phone Resurrection on the other, as well as other businesses and apartments, would remain. In the October presentation they Deer Park Ave frontage for the project was given as 103 feet. The Bus repair shop has sixty feet of DPA frontage.

As per the Jun 27th interview in Greater Babylon, it appears that the building on the corner that houses Coldstone and Roomors will remain. Buzzell mentions the Jack Jack’s building as being part of the project, so it’s reasonable to assume that that building and the one that current houses Cell Phone Resurrection and Femina Beauty Salon will go as well.

Both of those buildings contain apartments.

All in all the project would occupy about 1.25 acres.

Where is everyone going to park? 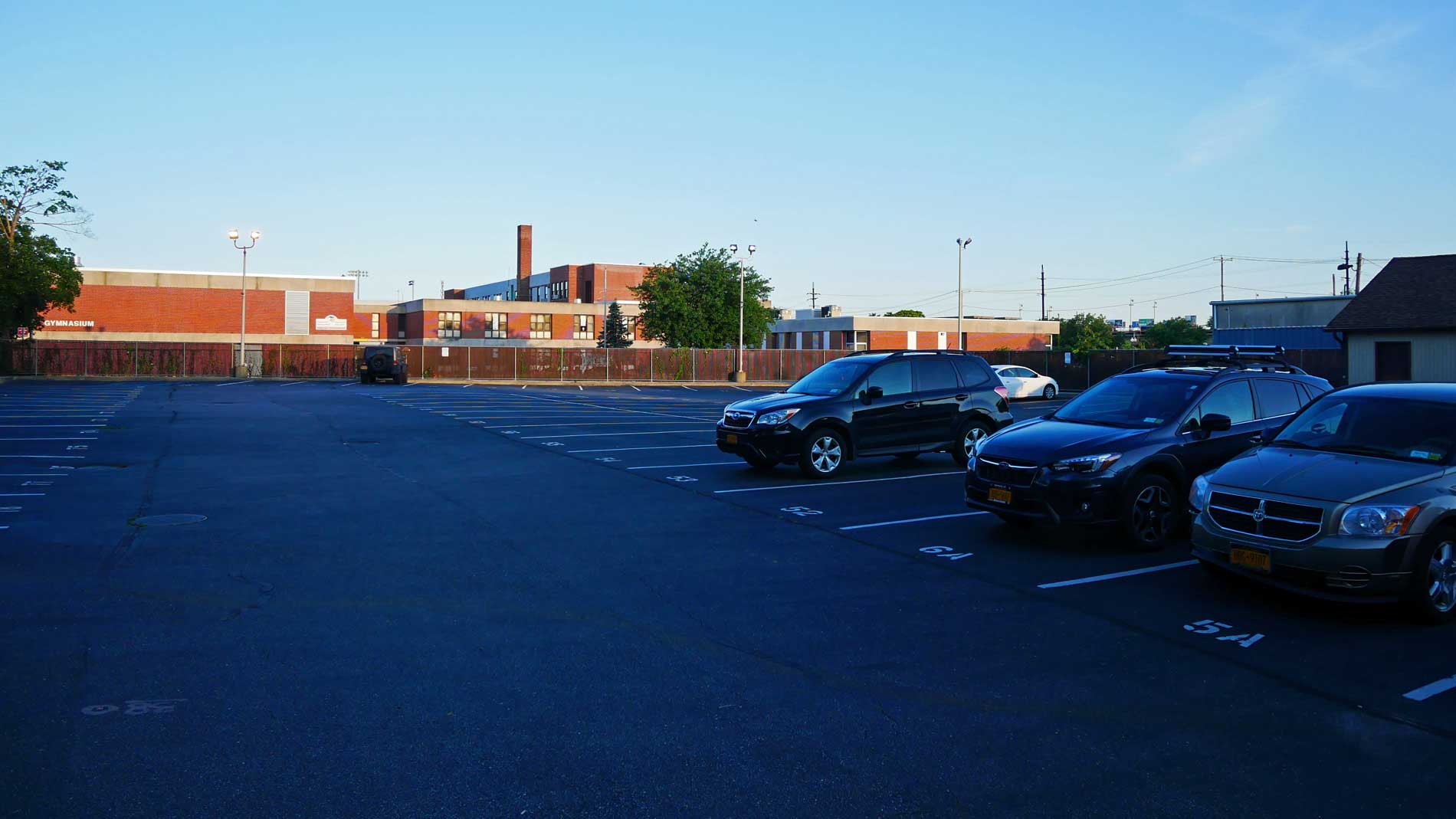 Tsunis has reportedly acquired or agreed to acquire 180-198 Deer Park Avenue. These buildings currently house The New Park Ave Laundromat, Attentive Care and Han Acupuncture as well as other businesses and apartments. Behind these buildings is a large lot that is now mostly used for paid, commuter parking.

We have been told that the current plan is to knock down one of the buildings, perhaps 198 which is a smallish home, and turn that lot into valet parking for the hotel.

There are also reports that the developers might seek to swap this lot with Village in exchange for the municipal lot on George street which abuts the current bus facility property. This would eliminate the need for valet parking.

What is the status of the project right now?

An informal proposal for the project was shown at the April 16th work meeting. The numbers and other information we have currently mostly come from that version of the project.

However, as Mayor Scordino re-iterated in his Facebook post on Friday, June 21, no formal proposal has been presented to any Babylon Village entity.

” You cannot fit an elephant in a tea cup” was my statement and is accurate regarding this proposal.

NO formal applications have been submitted to the Village of Babylon Planning, Zoning Board of Appeals or Architectural Review Board. These are the three Village Boards that an application would be reviewed by thoroughly and intensely scrutinized. All 3 boards although separate entities have only one interest in common: Babylon Village. The project would also require the approval of the Board of Trustees. Once again, there has been NO formal application filed.

The Mayor also notes that any such proposal would require public hearings where Village residents could offer input, suggestions and objections. 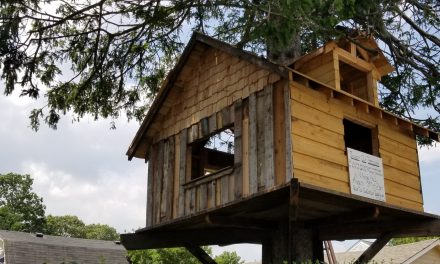 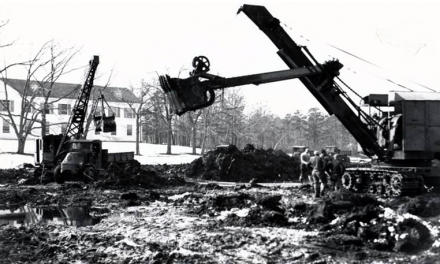 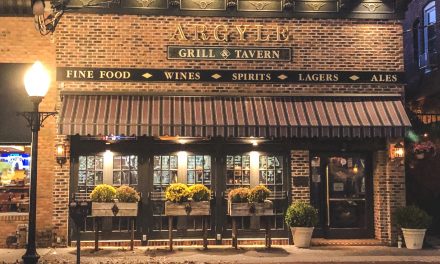 The Argyle Grill and Tavern Serves Up Classic American Fare