After his standout career here in Babylon, Jake went on to play at SUNY Stony Brook. He spent three years there but eventually felt that the school didn’t fit his academic needs. He transferred to LIU Post to focus on education and coaching, but in doing so dropped down to play in the less prestigious Division II.

Of course, playing at a DII school doesn’t rule out a chance in the NFL. Over 80 players from Division II schools were on NFL rosters in 2018. Giant Tight End Kevin Boss played for the DII Western Oregon Wolves of the Great Northwest Athletic Conference before playing six years in the NFL.

Jake spent two years playing for the Pioneers, leading the team in tackles each season and being named Northeast-10 Defensive Player of the Year in 2018. He attended the Giants Local Pro Day in early April, but didn’t get drafted so he figured that was probably the end of it.

But the G-Men called him up after the NFL Draft ended and offered to sign him as an undrafted free agent. Jake agreed and now he’s attending Big Blue’s Rookie Mini-Camp at Quest Diagnostics Training Center in East Rutherford, New Jersey along with over seventy other players.

Carlock is listed as a defensive back on the team’s roster, but he’s been playing linebacker this weekend. That’s somewhat of a different role than he played at Post, where he played a position in the Pioneer defense called a rover.

Reporting on Jake has been a bit sparse, as you might imagine. Everyone is interested in the Giants top draft picks, including their prospective Quarterback of the future, Daniel Jones. 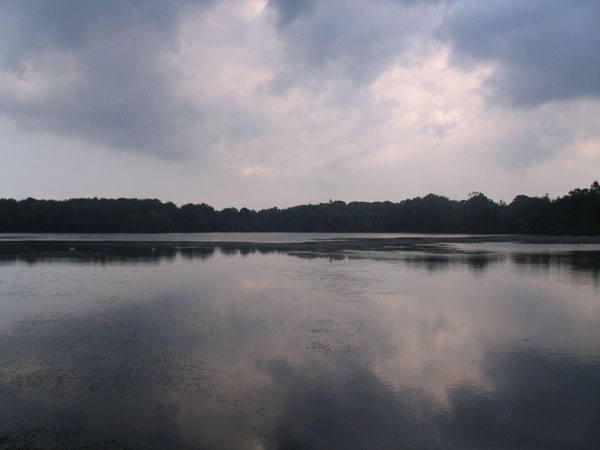 A Cloudy Afternoon At Southards Pond