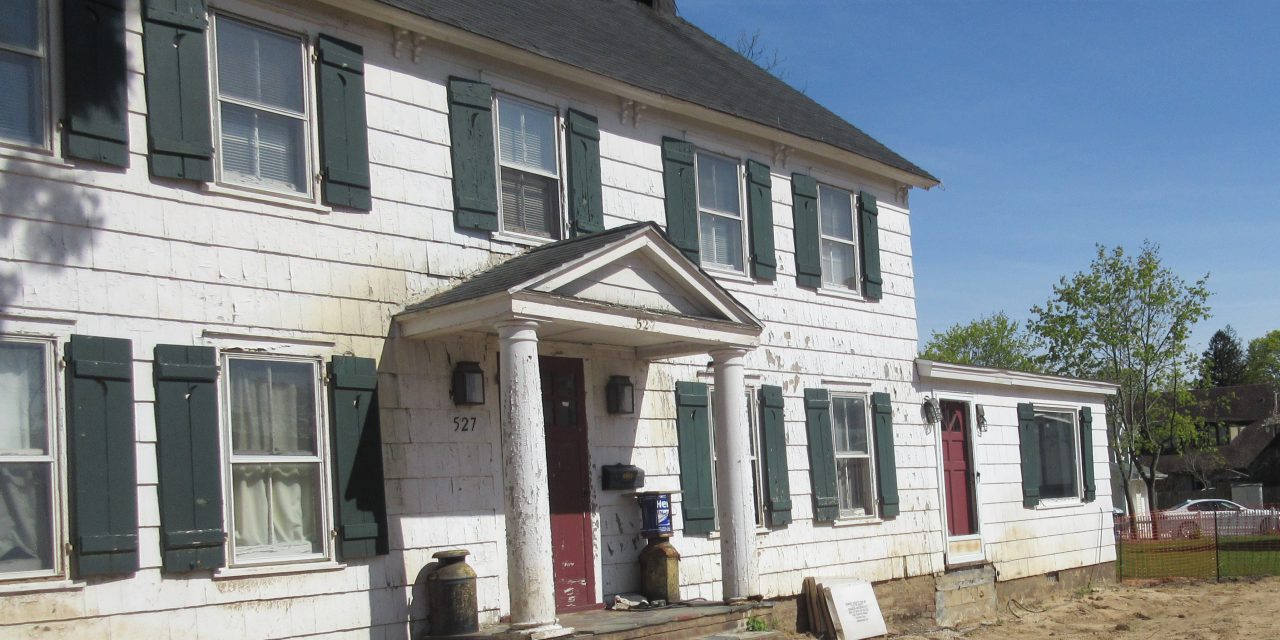 As being reported in Newsday today, last night Babylon Village Board voted to accept a statement of findings prepared by the board’s legal counsel which reportedly approves the lifting of the requirement that the Smith house preserved.

Tearing down the home would count as a serious loss to the village’s architectural heritage, Babylon Town Historian Mary Cascone said, given the building’s unique features and back story.

The wood-frame farmhouse with interlocking joints is a rarity in the area, Cascone said.

“They’ve all but disappeared,” said Cascone, who called the prospect of demolition “very sad.”

Board chairman Bruce E. Humenik declined to say why the board voted in favor of lifting the demolition restriction.

The findings themselves will not be public record until Friday, but at this time it doesn’t seem that there’s anything blocking the Ognibene’s from demolishing this key part of American history and building another cookie cutter McMansion in its place.

Jerry Miscovsky, who did the lion’s share of the tremendous amount of work in the Conservancy’s attempt to save the house, tried to get the ZBA to send a copy of the notification to him, pointing out that by the ZBA’s own rules (which he had with him and offered to the ZBA) he is entitled to such a copy and as he had submitted a letter requesting it back in February, it was a disappointment when he was told that his request would be submitted to the Board’s attorney who would then advise the ZBA how to handle it.

While we still don’t know what the ZBA’s attorney recommended, the general feeling is that the Smith house is doomed. As soon as we find out the ruling, we will bring you up to date.

At the same ZBA meeting, the new owner of 43 Argyle Avenue (previous owners were Laura and Steve Poppe) unveiled plans to demolish the 100+ year old home and replace it with a center hall colonial. After saying he and his wife had loved the feel of Argyle Park, he wants to destroy part of it.

To his credit, he did say they intended to save Snake Path, the winding path that connects Argyle Avenue to the Ramble (the path around Argyle Lake). The new owner, Mark Marino, seems to be a very nice man. That makes it more difficult to reconcile his desire to destroy the existing home and replace it with a style at odds with most of Argyle Park’s homes.