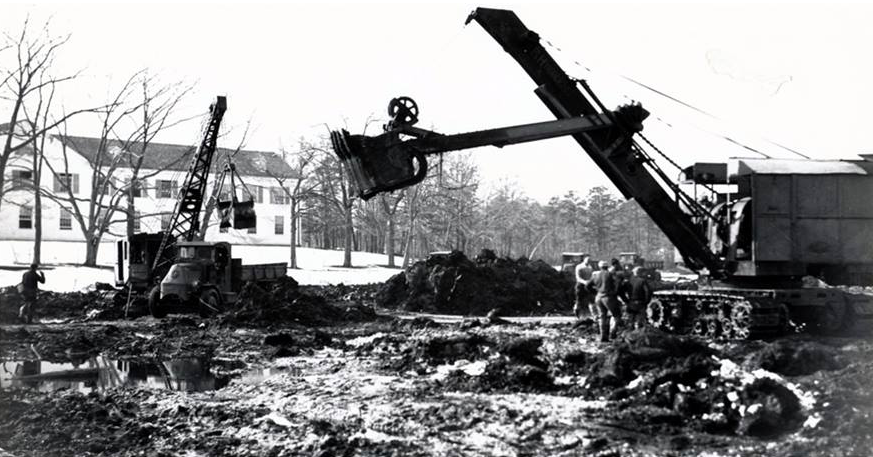 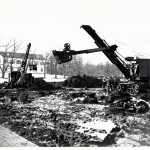 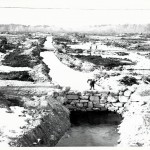 Chuck Akalski on the Babylon Village Facebook group posted these pictures and notes:

Belmont Lake being drained and cleaned sometime in the 1930s or possibly the 1940s.

Much of Belmont’s huge estate was sold for development in the 1920s, while the remaining portion became Belmont Lake State Park.

In the upper [main] photo the LISPC headquarters building is visible. It was built just to the north of Belmont’s estate house which was razed. Many people mistakenly believe the parks commission building was Belmont’s home.

The only remnants of his estate home are the two cannons that he once had placed in front of it facing the lake. Those canons remain in the exact same spot today. There is also a gravestone marking the resting place of his faithful dog Robin near where his house once stood.. 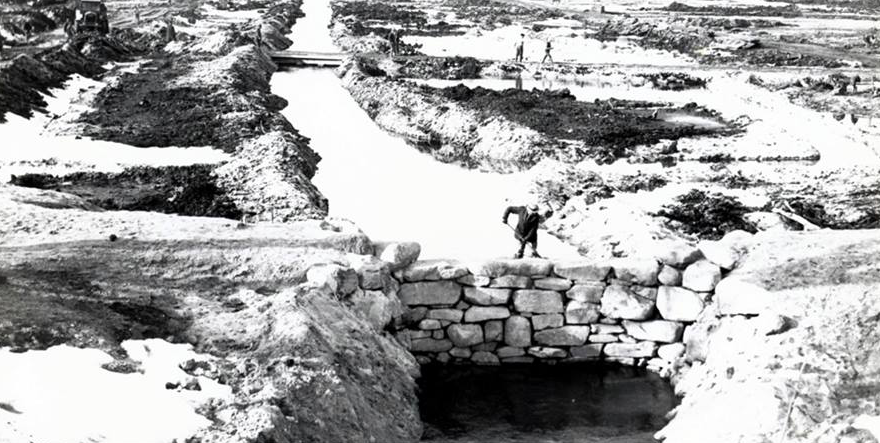 The Origin Of Babylon