The Senate might pass its version as early as Wednesday, and aides to Congressional leaders say the House could accept it this week, sending the bill to President Obama to sign into law. After weeks of partisan delay in the Senate, Democrats are eager to show progress before Friday, when the October jobless report is again expected to show high unemployment.

The homebuyers’ credit — enacted last year, expanded this year and scheduled to expire Nov. 30 — would be extended to cover homes under contract by April 30. Also, it no longer would be limited to first-time buyers; people who have owned a home for at least five years could get a $6,500 credit on a new residence. Income limits for eligibility would be raised, making many more people qualify.

Not a tremendous shock here. I spoke with a bunch of people during the late summer and they all were pretty convinced that the credit would be extended.

There have been a lot of people rushing around the last few weeks trying to close before November 30 and get their eight grand from Uncle Sugar. This should calm people down a bit and maybe let people move their closing dates into December to lighten the load on mortgage people.

I know a couple people who already scheduled their closings for November 30. That day was going to be all kinds of crazy. I bet it’s still going to be crazy, just less so. 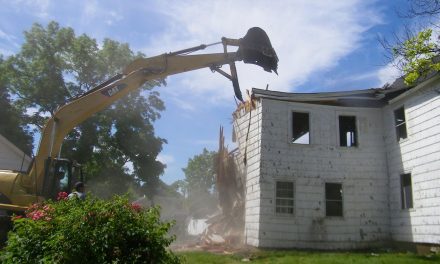 What Should We Be Doing To Preserve Historic Buildings In Babylon Village?