This past weekend was reasonably productive, from a real estate perspective. We saw three houses, 19 Nehring, 155 Cooper and 2 Edward. Actually, it was only I who saw Cooper and Nehring. Deb stayed home for those. We tried to go see 78 Wampum, but the Realtor must have closed up shop and bugged out long before the scheduled end to the open house. Write-ups are in the works, but may not be up until late this weekend.

I finally got to meet my Realtor, Tom McGiveron. He was at the Nehring open house and we got to spend some time chatting about the real estate market in general and my needs in particular.

I’m back at work today, after taking a few days of respite. It was nice to have some time to spend with my wife and daughter, but it’s good to be back at work. I get to missing it after a while

My Personal Credit Crisis [NY Times]
Are sub-prime mortgages, liar loans and bad real estate decisions something just for the poor and uneducated? Nope. NY Times economics writer Edmund Andrews writes about his process of one bad financial decision after another. Although, unlike most of the poor saps out there, he gets to recoup some of the damage by writing a book about it.
Long Island Has The Highest Foreclosure Rate In New York State [Long Island Bankruptcy Blog]

Some disturbing analysis from the Craig Robins over at LIBB.

Several years ago, once-blighted neighborhoods became gentrified when sub-prime mortgage funds easily flowed in. Now, however, the tide has turned, and these areas are suffering an epidemic of default, as homeowners simply cannot afford to pay their mortgages. Now, thousands of homeowners stand to lose lifetimes of savings as well as their homes.

Data shows that Long Island’s housing problems appear to be worsening. Long Island’s foreclosure rate is 3.7 percent, with at least 31,000 homes in some stage of foreclosure during the period 2005 through 2008. This is higher than the 3.3 percent rate for the tri-state region.

Additional data shows that more than 6 percent of Long Island mortgages are 90 days or more past due, which is substantially greater than the 3.5 percent amount for the same period last year.

The State of The Long Island Real Estate Market: April 2009 [Tom McGiveron]
Tom has a nice writeup on the current state of things here on the big, fish-shaped island and it’s not pretty.

So where is the market going? Well, the above slide is pretty clear on that. With over 33,000 listings for sale (inventory) and less than 1500 sales, we have a long way to go toward leveling the supply of homes on the market. This point is irrefutable. These numbers do not lie.
Are there signs that things are improving? Absolutely, but the improvements are slow and small (which is a lot better than nonexistent). Now what does this mean for buyers? It means, for the time being, that home prices will not be increasing anytime soon. However, as I always say, interest rates are at historic lows so getting in now is an incredible time.

Of course, being a Realtor, he can’t help pushing a little buy now spiel on us at the end. It’s all good.

At a Hempstead mortgage help forum two weeks ago, one lending executive told Newsday that people try to game the system to get better deals, even though they’re not in financial distress, while others who have gotten good loan modifications come back for another break because they’re broke after spending on luxuries. One man with an adjustable rate loan even insisted he was suffering due to the high, reset interest rate, the executive recounted, but he was just parroting the now-familiar complaint about exotic loans. A look at his loan showed that his rate hadn’t even changed yet, the lending official said.

A Chrysler Dealer Fights Obama’s Destruction of the American Dream [Rush Limbaugh]
Holy crap! Am I really linking to Rush Limbaugh? Somebody smack me in the face here.

Local dealer Jim Anderer of Island Jeep in Lindenhurst called in to the Rushmeister’s show yesterday and blamed the Feds for Chrysler’s decision to terminate his franchise. Seriously.

This is insanity. The government is stealing my business. Well, I cannot accept that as a patriotic American. I was raised in this country to believe that if I work hard and I achieve what I was going after — and I did! I did it! I got it, and now all of a sudden because, you know, we have a president who pushes Chrysler into bankruptcy and puts all of the UAW workers out…? Didn’t have to. Maybe some would have to go out but not all of them, okay. This doesn’t happen in America. This is still America, I think. I mean, this isn’t Stalinist Russia. This is not Nazi Germany where the troopers say you’re out and their buddies are in. That’s what I’m faced with.

I guess Jim missed all the news reports where they explained that Chrysler has been hemorrhaging money for some time and was no longer viable as a going concern.

As is so happens, my dad does some work for Eagle Jeep out in Riverhead, another dealer that’s getting the axe. The story he told me is that Chrysler wanted a bigger commitment from them to the Chrysler brand and when Eagle wouldn’t go for it, they were out. I’m pretty sure the government wasn’t involved in that decision either. 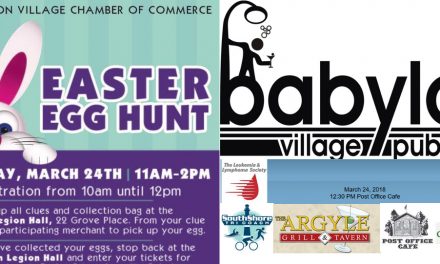