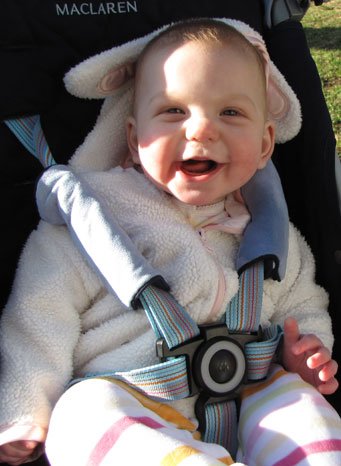 Another Friday, another open discussion thread and another picture of my daughter. This past Tuesday was reasonably pleasant, so I broke out the stroller and we took a little walk down to Argyle Lake. We saw some geese and some little leaguers getting ready for the season. I had the camera with me, but I didn’t get any great shots except for this one of Aurora in her stroller.

I’m off this weekend, so I might go out and see some houses. Nothing tremendously exciting, but there is a new house, 33 Mason, that’s not even on MLS yet. Look for it at the Coach Realtors site if you’re interested.

This is an open discussion thread, so I invite any and all readers to pipe up and say something. Feel free to leave a comment and ask a question, make an observation, tell us what you’re up to or just introduce yourself and say hi. According to Google Analytics,HIB has had 4,162 pageviews, 1,623 visits and 666 absolute unique visitors in the last 30 days, so I know that you’re out there.

I’m very interested in hearing fellow home shoppers, especially their impressions of any open houses that they’ve seen, but I’d also like to hear from any sellers and their experiences and observations.

Enojy your weekend, everyone. Happy hunting. 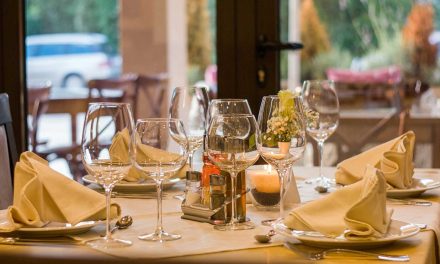